A Helping Hand for All of Your 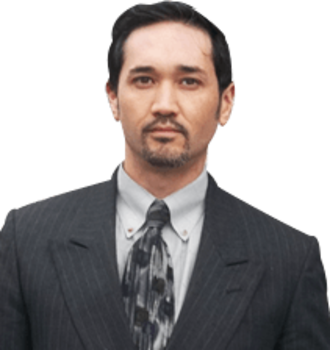 Peter worked for some of the best criminal defense firms in the Intermountain West for seven years before founding the Goodall Law Offices in 2009. In June 2015, Peter joined the Jardine Law Offices where he is a business partner and focuses his practice on Criminal Defense and Appellate Litigation.

"I strive to be an accessible attorney for all Utah residents."

Peter Regularly Involves Himself in The Politics of Protecting Civil Rights Outside the Courtroom.

Peter served for several years on the Legislative Committee of the Utah Association of Criminal Defense Lawyers where he coordinated his efforts with those of the ACLU, the libertarian group, Libertas, and individual state legislators in order to change Utah's laws to better protect her citizens from unwarranted governmental intrusion. He now works as an activist for the “People's Justice Forum” engaging in the same forms of political involvement.

While Peter has dedicated his career to defending people in the courtroom, his passion is for public service. He has volunteered for many years at the Utah Aids Foundation and the Volunteers of America Homeless Youth Outreach Center. He also frequently volunteers at the Hope Medical Clinic where he works as a Certified Nurse Assistant, helping to provide free medical care to uninsured and poverty-stricken families in Midvale, Utah.

Peter Writes Novels that May Be Found Through Various Online Publishers.

Peter's latest novel was published in 2020. "Leaving the Icescape" is available for purchase here. Peter is also a singer/songwriter who performs with his folk/rock band, Vinyl Visions, at bars, venues, and coffee shops along the Wasatch Front. When he is not at the gym, writing novels, playing music, lobbying politicians, or engaging in the practice of law, he enjoys spending time with his two daughters at their home in Salt Lake City, Utah.