Regardless of what others would have you believe, a DUI arrest does not always result in a conviction. There are many opportunities for an experienced criminal defense attorney to protect your freedom, finances, and driving record. After representing clients across Utah for 20 years, attorney 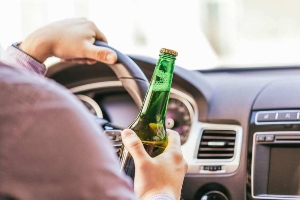 Joseph Jardine and his legal team know exactly what it takes to help you reach the outcome you deserve. If you or someone you love is currently facing drunk driving charges, contact Jardine Law Offices, P.C. as soon as possible.

There are numerous components of a DUI arrest that our DUI defense attorney will examine:

First. Was There Reasonable Cause to Stop Your Car?

A police officer has to have a valid reason for stopping a car. What was his reason? Were you speeding? Was your license plate light out? Did you fail to come to a complete stop at an intersection? All of these are legally justifiable reasons to stop you. However, in our experience, officers sometimes engage in creative writing -- they say your light was out, when it was not; they say you didn't signal when you did. If an officer has essentially made up a reason to stop you, that may be a basis to get your case dismissed.

DUI Attorneys you Can Count On
Reach Out Today

Second: Was There Probable Cause to Issue an Arrest?

Was proper protocol followed when administering the field sobriety test, breathalyzer test, and/or toxicology report? The field sobriety tests are difficult to administer properly. We almost always find that officers are inadequately trained when it comes to FST's. They often will not follow the standardized training, even though the field tests are only valid when they are administered in a proscribed manner. Bottom line, if the police use poor investigative tactics, that is sometimes grounds for having the case thrown out.

Third: Is There Sufficient Probable Cause for A Conviction?

Joseph Jardine will examine if there is sufficient evidence against you to support a conviction by a jury of your peers. Mr. Jardine has conducted dozens of DUI trials and has examined police officers hundreds of times in court. He has the experience you need to put your case in perspective. Not all DUI cases can be won, but by the same token, contrary to popular belief, not all DUI cases are a lost cause. Sometimes the sheer willingness to go to trial will cause the prosecution to reconsider their position.

Being charged with driving under the influence (DUI) can have a permanent effect on your career, education, and more.

Drunk driving offenses are based on blood alcohol content, not the driver's level of impairment. These are called per se DUIs. In the state of Utah, it is illegal to be driving with a BAC of .08% or more. It is also illegal to be driving with any other kinds of drugs in your system such as cocaine, marijuana, and methamphetamine. Your attorney can explain more about these laws, since they are complex, and their relevance to your specific case. 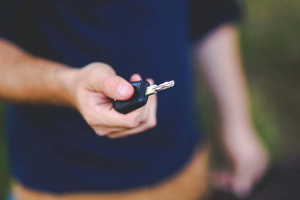 The consequences for DUI depends on how many other prior offenses you've had, and other facts related to your specific case. This is why it's important to speak to an attorney about your DUI so they can counsel you. Any prior DUIs that were received in other states within the last 10 years will count towards your offense in Utah. So even if you have been arrested for a DUI the first time in Utah, if you had another DUI conviction in, for example, New Mexico, then this arrest would count as a second offense.

Your first offense in Utah comes with jail time up to 180 days, but a minimum of two days. Fines are capped at $1,310. Additionally, your license will be suspended four months, and once it's reinstated, you will be required to have an ignition interlock device (IID) installed in your car for at least one year. Ignition interlock devices are like breathalyzers but for use in individual vehicles. When a person is trying to use their vehicle, they must first blow into a mouthpiece that will assess their blood alcohol concentration and either allow them to use the vehicle or not, depending on the results.

A conviction for a second offense comes with a maximum of 180 days in jail, with a mandatory minimum of at least 10 days. Or the minimum may be reduced to five days in jail with an addition of 30 days of electronic monitoring. Fines go up to $1,560 for the second offense, and the license suspension duration increases to two years. In addition, an ignition interlock device will also be required to be installed on your vehicle for at least two years.

On the third offense, the minimum jail time is 62 days with a maximum of five years in prison. The fines increased to $2,850. The duration of time that your license will be suspended, as well as the amount of time that you are required to have an ignition interlock device installed in your car, is two years for each.

These are some general guidelines, but the consequences can vary depending on the severity of the accident and if there was any loss of life or serious injuries. Consequences may also be increased if there is property damage. This is why you need an experienced and knowledgeable attorney who will evaluate your case and fight for you.